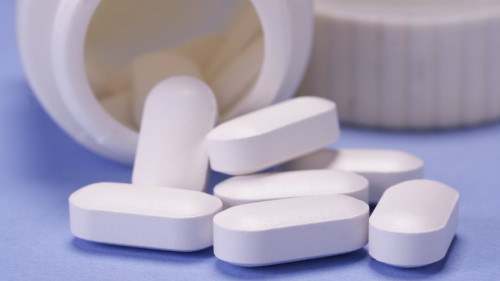 Nonsteroidal anti-inflammatory drugs (NSAIDs) are ubiquitously used across the United States to fight inflammation, pain and fever. According to a review in The American Journal of Managed Care, $4.8 billion is spent on prescription NSAIDs alone, with approximately 35% of people 65 years or older taking a dose every day (1). With more than 20 over the counter options, and 70 million prescriptions written every year, the average consumer doesn’t think twice before taking a dose of NSAIDs. Although NSAIDs are relatively diverse in terms of chemical structure and properties, they all have the same mechanism of action, inhibiting the function of proteins that typically promote inflammation. At a high level, this seems straightforward. When looking deeper, one of the inflammation promoting proteins targeted by NSAIDs also functions in protecting the stomach from its own acid. When NSAIDs (such as aspirin, ibuprofen, and naproxen) are used for extended periods of time, ulcers and internal bleeding can occur. Additionally, the FDA recently strengthened their warning concerning NSAIDs and heart health, saying that non-aspirin NSAIDs can increase the risk of heart attacks or strokes (2).

With the accumulating warnings concerning the harmful side effects of NSAIDs, many medical professionals and consumers are looking for natural alternatives to the synthetic drugs they are accustomed to. One such alternative that is currently being explored by medical professionals is Innerzyme Pain & Inflammation Blend, a comprehensive blend of proteolytic enzymes, herbs and bioflavonoids. It is a full spectrum systemic enzyme specially formulated with bromelain, turmeric, pancreatin, papain, trypsin, chymotrypsin, white willow bark and rutin. Bromelain is a natural enzyme found in pineapples that have been used for hundreds of years to combat inflammation and indigestion. A 2015 report in the International Journal for Surgery found that in rats, bromelain applied to rats significantly reduced inflammation levels in an abdominal surgery model (3). Even more encouraging was the finding that there were no adverse effects on the animals. 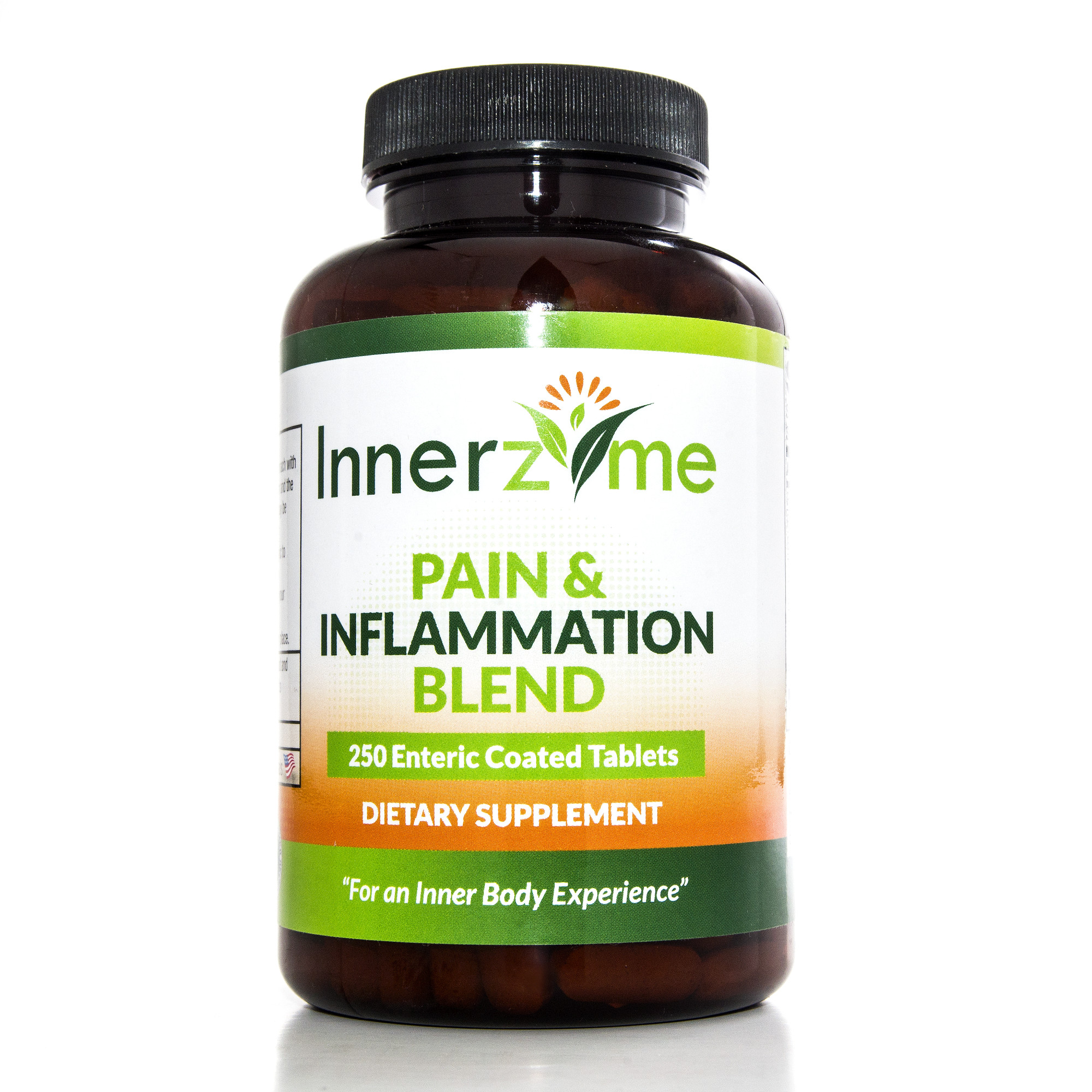 Turmeric is a natural compound that is receiving much attention in the inflammation field. While turmeric (curcumin) has long been used as a spice, it’s becoming clear that it has many more roles in human health, other than making our food tasty. Scientists are beginning to decipher the many positive effects seen with turmeric supplementation such as reduced pain and inflammation (ongoing human clinical trials), as well as potential anti-cancer activity in certain animal models. With the ongoing health and safety concerns surrounding the long-term use of NSAIDs, there is now much excitement amongst medical professionals who are having great success administering Innerzyme as a safe, natural and effective alternative for patients. The founder of The Hammer Institute for Anti-Aging Medicine, Eli Hammer, MD says, “I have used systemic enzymes extensively in my practice along with taking them personally for a few years, seeing dramatic reductions in pain and inflammation, and therefore, significant improvements in quality of life. Of all the systemic enzyme brands on the market, I truly believe Innerzyme has finally optimized the proper enzyme blend, while also vastly improving upon the delivery system for better efficacy and ease of administration.”

Many medical professionals are realizing the promising benefits of natural treatment options, as well as preventative care using natural anti-inflammatory products like Innerzyme Pain & Inflammation Blend. Current and future research is expected to further support the use of these natural products as safe and effective alternatives to NSAIDs.